Trump and the Democrats will most likely be like two inmates shackled together for at least the coming two years, bickering and fighting, which might eventually see the greenback stumble.

In the first year of his presidency Donald Trump already appeared hugely ineffective in navigating his policy past the stormy waters of the Senate and the House even while they were still controlled both by the Republicans. Now the House will be in the hands of the Democrats the chances of passing more reforms and deregulations are likely to have slimmed drastically, especially as the political arena seems to have polarized since Trump came to office.

The Democrats control of the House doesn’t, however, leave Trump’s hands completely bound; he still has the powers that come with his office over foreign and trade policies. If Trump sees his efforts to pass legislation frustrated by Democrats, he may double down on his trade war against China and other countries like Germany, the wider EU etc. This would lead to a new wave of risk-off sentiment, of which the greenback benefitted from in the past.

Nevertheless, domestic political unrest may throw a spanner in the works for the dollar, as Trump’s relations with the Democrats will be essential in the coming months to determine the course of politics. Potentially Trump, who was once a long-standing member of the Democratic party, may manage to come together with the Democrats and agree on broad tax cuts for the middle class. This could be a boost for the economy and the dollar, assumed markets don’t start to fret about the increasing government deficit. Chances are higher though that the Democrats will seize the opportunity to use their new control of certain commission in the HoR to step up the investigations in Trump’s tax dealings, relations with Russia and claims of hush money payments. Also, the menacing club of government shutdowns will be the Democrats to yield every time Trump goes too far out of line to their taste in the coming months. The dollar may, in the end, get the biggest whack from this. 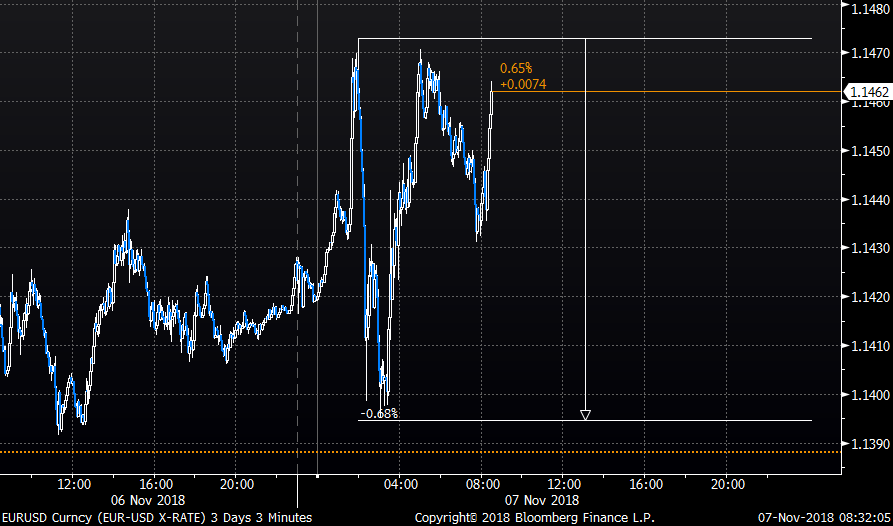